The Center of Marine and Environmental Research (CIMA) recently acquired an Autonomous Underwater Vehicle (AUV) under the OCASO project financed by the INTERREG-POCTEP program, becoming the only entity in the South of Portugal to operate this type of technology. CIMA researchers, Flávio Martins and João Janeiro traveled to Porto this week to receive a three-day training course to operate this type of equipment. The AUV will be used within the scope of the OCASO project to routinely collect oceanographic variables on the Algarve Coast, with the CIMA gaining the ability to intervene in various types of other missions, both in the coastal zone and estuaries. 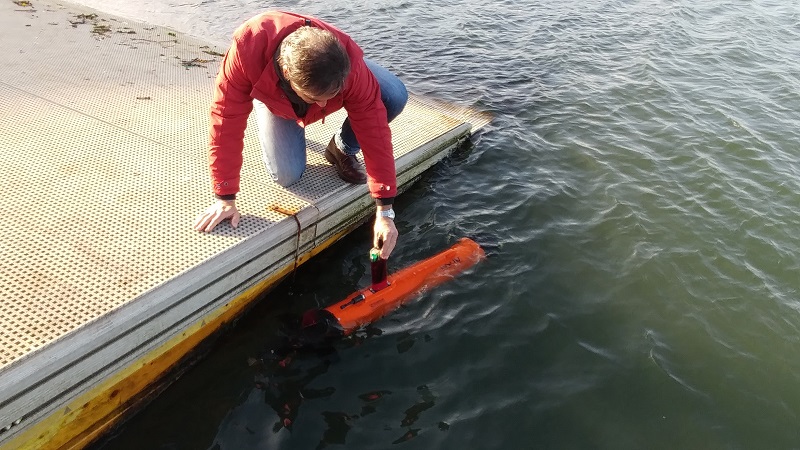 Award ceremony of video competition under the AQUASPACE project