Temporal variability of flooding events of Guadiana River (Iberian Peninsula) during the middle to late Holocene: Imprints in the shallow-marine sediment record

Sedimentological, geochemical and benthic foraminiferal proxies were used to interpret changes of depositional environments in a mud entrapment inside the Guadiana River paleo-valley, northern Gulf of Cadiz, to understand the temporal variability of fluvial flooding events and to detect patterns of latitudinal climatic variability in western Iberia.

The genesis of these environments was mainly driven by the variable frequency of fluvial flooding events driven by the regional climate variability. Low terrigenous sediment input under dry conditions prevailed in the older sedimentary unit. Flood frequency and terrigenous sediment supply increased during the younger unit. The variability of the North Atlantic Oscillation at centennial scales highly influenced the sediment supply during the last ca. 500 years, with high terrigenous supply during negative NAO conditions. Our results corroborate an N-S gradient along the Atlantic Iberia during middle and late Holocene, with more humid conditions in the northwestern and drier conditions towards the southeast. The gradient weakened over the past ca. 500 years, with increased rainfalls and flood events during the Little Ice Age. 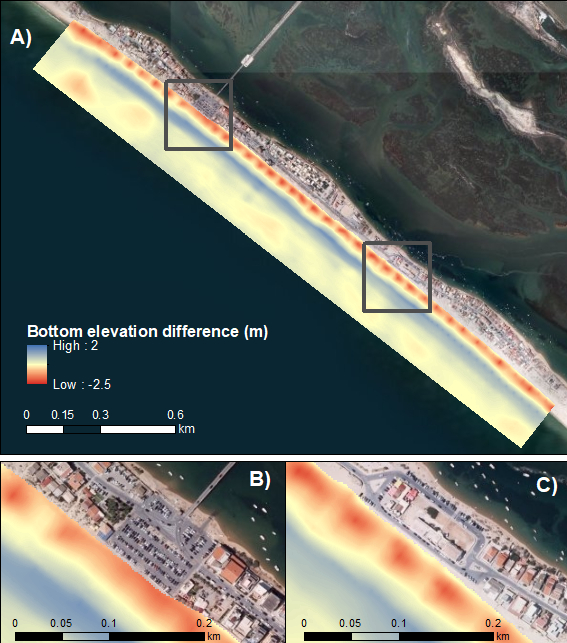 Modeling of coastal erosion in exposed and groin-protected steep beaches