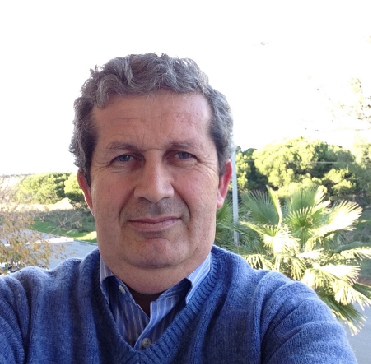 JOSÉ I. RODRIGUES completed his Phd in Discrete Mathematics, in 2009 from the University of Seville and graduated in Mathematics in 1992 by the Lisbon University. He is adjunct professor of the Algarve University since 1998, teaching at the Geomatics Node of the Department of Civil Engineering, and also researcher at CIMA. His research interests are in Computational Geometry, GIS, Programming, and Web3D. Over the years he taught courses in Geomatics (GIS, cartography, photogrammetry, programming and 3D Data Modelling), both at undergraduate and graduate level. He has supervised master dissertations and a Phd thesis and is author or co-author of several publications. As of 2008 he is board member of the Scientific Commission of the Master in Geomatics and Director of this master program, 2009-2012 and 2015-2016. He was Sub-Director of the Higher Institute of Engineering between 2016-2018. Have participated as researcher in several projects funded by National and European institutions.

The Development of Indicators of Sustainable Mobility Associated with an Urbanism of Proximity. The Case of the City of Faro

3D Modeling of the Milreu Roman Heritage with UAVs