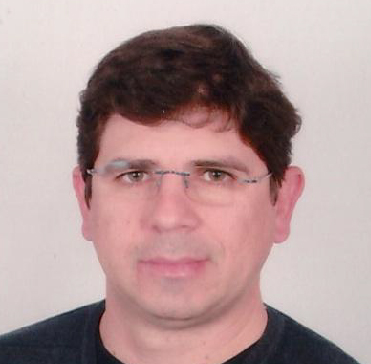 Assistant Professor
This email address is being protected from spambots. You need JavaScript enabled to view it.

Paulo Fernandes graduated in Geology in 1994, from the Faculty of Sciences of the University of Porto. In 1995, this same institution awarded him the Soares dos Guimarães prize. He began his professional activity in 1994 at the Geological Services of Portugal. He worked as a junior field geologist under the scope of the Geological Map of Portugal, sheet 42-B, Azinheira de Barros.

In 2000 he was awarded a Ph.D. by the University of Dublin, Trinity College, Ireland, in Geological Sciences, specializing in Stratigraphy, Organic Petrology, and Palynology, with the presentation of a thesis entitled ""Investigation of the stratigraphy, maturation, and source-rock potential of Carboniferous black shales in the Dublin Basin.

In 2002 he began teaching at the University of the Algarve on an exclusive basis. He is a researcher at the Center for Marine and Environmental Research at the University of Algarve, where he develops research in stratigraphy, sedimentology, geochemistry, palynology, organic petrology, geochronology, and thermochronology, in Portugal, Spain, and Mozambique. Author and co-author of 59 peer-reviewed articles published in international and national magazines, one geological map of Portugal, three chapters of books on Portugal's geology, and a Memory of the National Laboratory of Energy and Geology. He coordinated, as principal investigator, three research projects funded by the Foundation for Science and Technology and participated in 2 more projects as a researcher. He supervised 4 doctoral theses and 3 master's theses.

Permian stratigraphy and palynology of the Lower Karoo Group in Mozambique

The thermal history of the Karoo Moatize-Minjova Basin